At first glance, Ensete ventricosum may look like a banana plant, with huge green fronds and a towering, thick brown pseudostem. But if you peel these orange, banana-cousin fruits, watch out: Instead of a pale, mushy interior, this banana-like fruit consists almost entirely of large, teeth-cracking, black seeds.

E. ventricosum, colloquially known as “enset,” has gained such a reputation for its misleading fruit that it is often called “the false banana.”

And yet, enset feeds 20 million people in Ethiopia. Those who cultivate this banana cousin often grow dozens of these plants in fields very close to their homes. When the time comes to harvest an enset plant—usually when the plant is six or seven years old and just before it flowers—a farmer will cut it down, chop up part of the root, scrape out the inside of the stem, and massage these plant chunks by hand into a pulp. This pulp is then left to ferment inside of a leaf-lined pit. The final product is called “kocho,” and it can be served as a porridge-like dish, with meat or milk, or pounded into a kind of bread.

One of the most interesting and important facts surrounding enset’s odd and complex transformation is the fact that most of the people who prepare enset and sell enset are women. Women often determine which varieties of enset are planted, and they are usually the ones who sell kocho at the market. This makes this crop incredibly important to livelihoods, especially to families where women are the head of the household.

Agricultural and aid organizations often push crops such as maize and wheat when it comes to small-scale farms, but in a country frequently in the news for drought, these crops often don’t fare well. However, some believe that enset is drought-resistant. With the climate increasingly changing in East Africa, and potentially becoming much drier, enset could come to provide nutrition for many more farmers in Ethiopia.

Dr. Paul Wilkin is the head of Natural Capital and Plant Health at the Royal Botanic Gardens, Kew in the United Kingdom. He is currently leading a research project, looking into enset genetics and biodiversity.

This research is especially important, because there is much still left unknown about enset. There are many reasons for this, including the remoteness of the mountain habitat where enset natively grows and the limited scope of agricultural research in the region in general. Wilkin is all too aware of this. “Historically, there has been work on enset in Ethiopia, but it’s generally been quite piecemeal. People have looked at one part of the range or another part of the range or a small number of landraces.” Enset researchers estimate Ethiopian farmers may be growing several hundred of these landraces, or varieties, of enset.

But, he says, Kew’s enset project will be looking at a much wider range and many more varieties to explore the diversity of enset and seek out the best and most resilient varieties. His group aims to make the data collected about these varieties available to farmers, government policymakers, and other researchers. As climate conditions in Ethiopia become drier in coming years, a drought-resistant native plant like enset could prove a key factor in the livelihoods of rural communities. Indeed, some Ethiopian farmers attributed their survival in the severe droughts of the 1970s and 1980s to their farming of enset.

In addition to finding viable enset varieties, future enset research will also uncover many aspects of the plant’s biology that have remained mysteries. While the plant is known to develop a large fluorescence (flowering structure) before fruiting, you’d be hard pressed to find one, even in an agricultural grove of dozens of plants. The flower tends to draw the very starch that makes enset appetizing out of the stalk and into the budding fruit. Because of this, growers of enset will cut the plant down before it flowers. But wait, aren’t flowers necessary for reproduction, you ask? Instead of by seed, enset is propagated by suckers, small clones of the plant that will sprout from cut up sections of the root. These are genetic identicals of the parent plant and are an ideal situation for growers who want to harvest plant after plant of a certain variety with guaranteed traits.

For this reason, it is rare to see a plant in flower, and no one is certain what pollinators are necessary to create new seeds. And while most farmers aren’t much bothered by this now, researchers concerned with preserving the genetic diversity of enset want to know how this plant propagates so that seeds can be collected for the future. As convenient as cloning of enset plants is for farmers, a lack of genetic diversity can spell the end of a crop if a pathogen starts to infect that particular variety (or multiple varieties).

A poignant example is the common banana: 90 percent of bananas consumed in grocery stores are of the Cavendish variety. The perfect yellow fruit is in danger of going commercially extinct because, like enset, it reproduces by cloning. Cavendish is currently being plagued by a disease called Tropical Race 4 (TR4). So far it has devastated the banana industry in Southeast Asia, and many believe it is only a matter of time before it spreads to the major banana industry strongholds of Central and South America. Researchers are still searching for a variety of banana that is resistant to TR4, but presently it seems likely that bananas may start disappearing from grocery shelves within the next decade.

Researchers hope that’s not the fate of the enset, and that the crop potentially moves beyond the 20 million Ethiopians who rely on it to become both help secure East Africa’s food future and become a new staple in our climate-changed world. 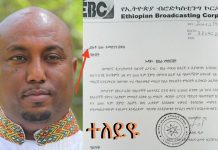 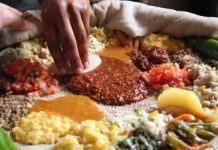 I Hate Cooking Will I Be Single For The Rest of...