Ethiopian photographer Aida Muluneh will give a talk at Darb 1718 on Wednesday, December 27, about her career and her ultimate goal in helping to change the global view of Africa.

Born in Ethiopia in 1974, Muluneh spent much of her childhood between England and Yemen, settling first in Canada and eventually in the USA. She graduated in 2000 from the Washington D.C’s Howard University, majoring in film with a degree from the communication department. She would then go work at the Washington Post, honing her photography skills before she focused her efforts on artistic expression.

Muluneh’s work has been exhibited across numerous countries, such as South Africa, Egypt, Canada, the USA, England, China and much more. Some of her photography is also permanently exhibited at the Smithsonian’s National Museum of African Art.

Muluneh is the proud recipient of 2007’s European Union Prize for ‘Rencontres Africaines de la Photographie’ in Mali and the 2010 winner of the RAF International Award of Photography in Spilimbergo, Italy. 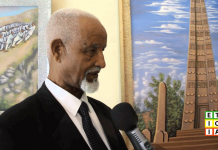 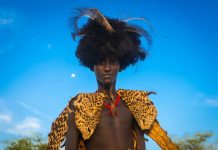 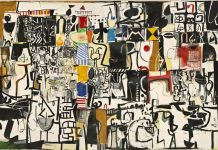